Daughter of Yemanja: characteristics, archetypes, in love and more! 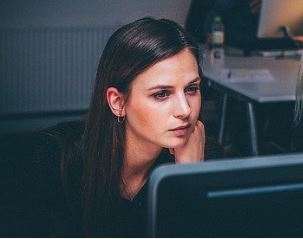 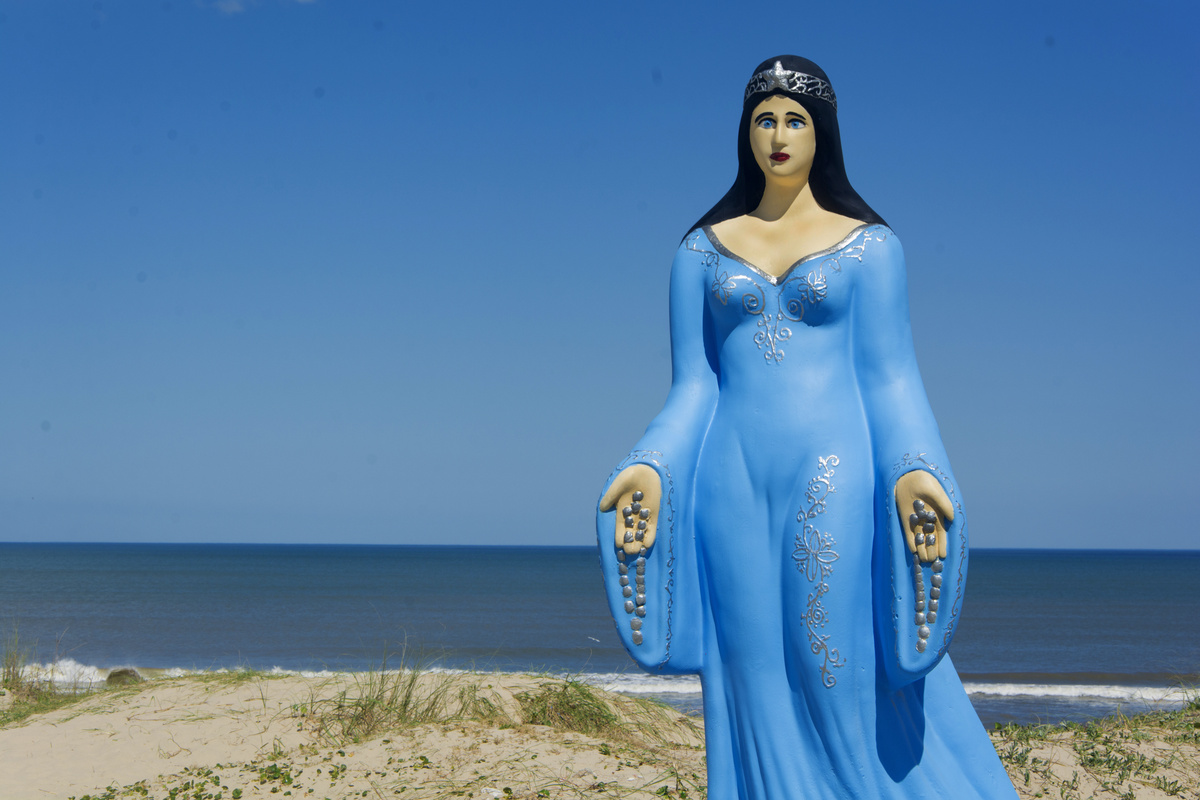 Iemanjá is the Lady of the salty waters, the great mother and protector of her children. In the African pantheon, she is the Goddess born from the union between heaven and earth (Obatalá and Oduduá), being the mother of several important Orixás, such as Ogum, Oxóssi, Iansã and many others.

She is related to maternity, protection and fertility. In addition, she represents resilience, life cycles and renewal. Associated to Nossa Senhora dos Navegantes, with the catholic syncretism, she is revered all over the country, being one of the most known Iabás (female Orixás). Know more about her and her children.

Getting to know Iemanjá 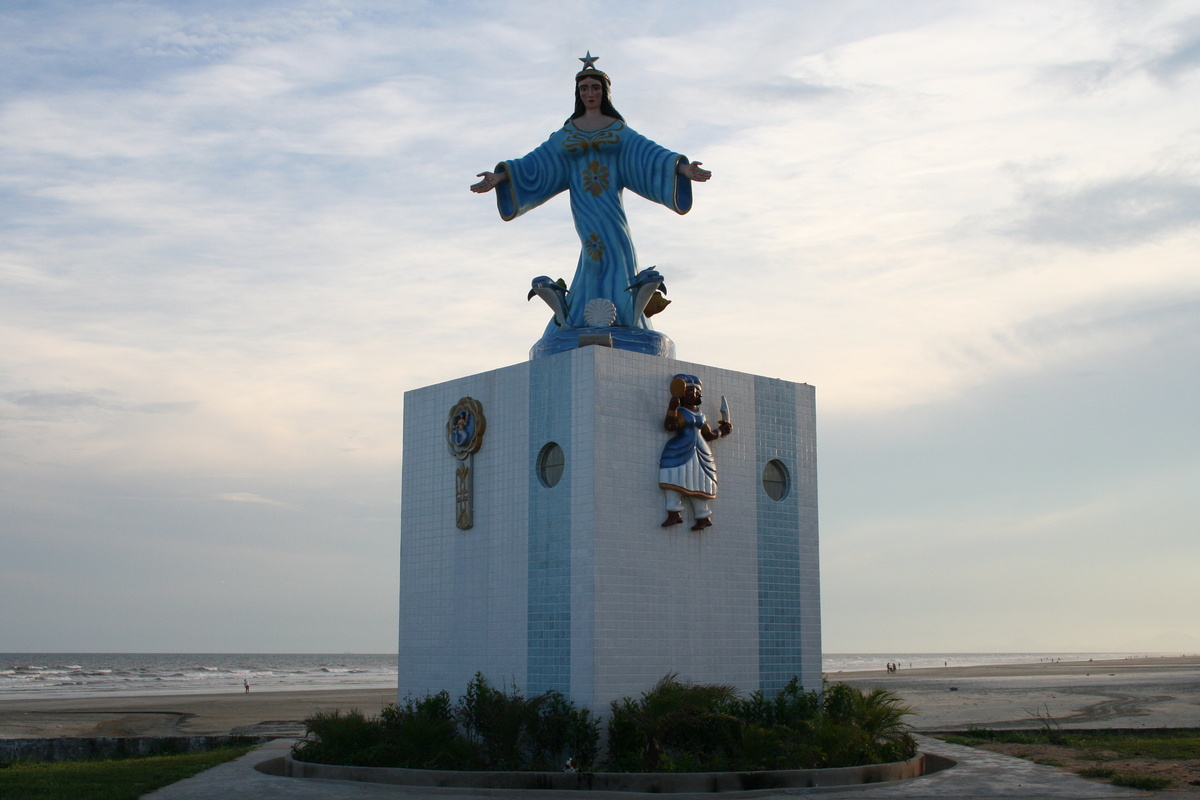 If you have come this far, you probably know at least a little about this tradition, but it is important to remember some points to understand the daughter of Iemanjá. Being a son of a saint means having characteristics linked to him in a certain field of life.

According to the African tradition, there are three saints that accompany the person: the head saint (which will be the father or mother of that person), the one in front and the ancestor. See then who are the Orixás, which herbs, colors and elements are more suitable for Iemanjá and how to know if you are her daughter.

Who are the Orixás?

Orixás are the representations of the deities belonging to the African pantheon. They are revered in the Afro-Brazilian religions such as Candomblé and Umbanda, having a relationship with the elements of nature and full of personality. As an anthropomorphic construct (with human characteristics), these deities are the fathers and mothers of humans.

There is a main Orixá, or major God, which is Olorum or Zambi - depending on the tradition. There are several other Gods, related to elements of nature, life and death. For example, Obaluayê, Lord of healing and of souls; Iansã, Lady of the winds and of eguns, and one of the best known, Iemanjá, Queen of the salty waters and major mother.

The herbs of Iemanjá

An Itã (African tale about the Gods) tells that Iansã managed to enter the domain of Ossain - Mistress of the leaves and holder of all of them - and, with her fan, shook the herbs of each Orixá to their own owner. Thus, they were able to distribute their blessings to humans through the leaves.

See_also: To dream of cat and dog: fighting, biting, hurt and more!

How do I know if I am a daughter of Yemanja?

To know which is your head saint - which gives the designation of father or mother - it is necessary, first of all, a lot of self-knowledge. Analyze your behaviors, words, way of acting before the world and try to see how people perceive your personality.

So, research a lot about each Orixá and associate behaviors and tendencies. Remember that there are the Orixá of front and ancestor, which also bring some traits to your personality. Also, your day of birth and other factors influence the head Orixá.

In other words, it is very complicated to find out if you are a daughter of Yemanja by yourself. Therefore, the ideal is to consult the cowrie shells in Candomblé or a medium in Umbanda, to have more precise information about who your Orixás are.

Elements and colors of Iemanjá

Iemanjá is the Lady of the sea, protective mother and brings prosperity. Her element is water and she dresses in light blue, white and silver, carrying with her the abebê (mirror with fan) and sometimes a sword.

Because of syncretism with the Catholic Church, her day is celebrated on February 2, when the famous offerings of flowers, mirrors and perfumes in small canoes take place, gathering thousands of worshippers all over the country.

A daughter of Yemanjá appreciates everything related to the sea, like pearls, shells, mother-of-pearl or corals, and when she cannot put her feet on the sand, she looks for other ways to be in contact with water.

Characteristics of the daughter of Yemanja 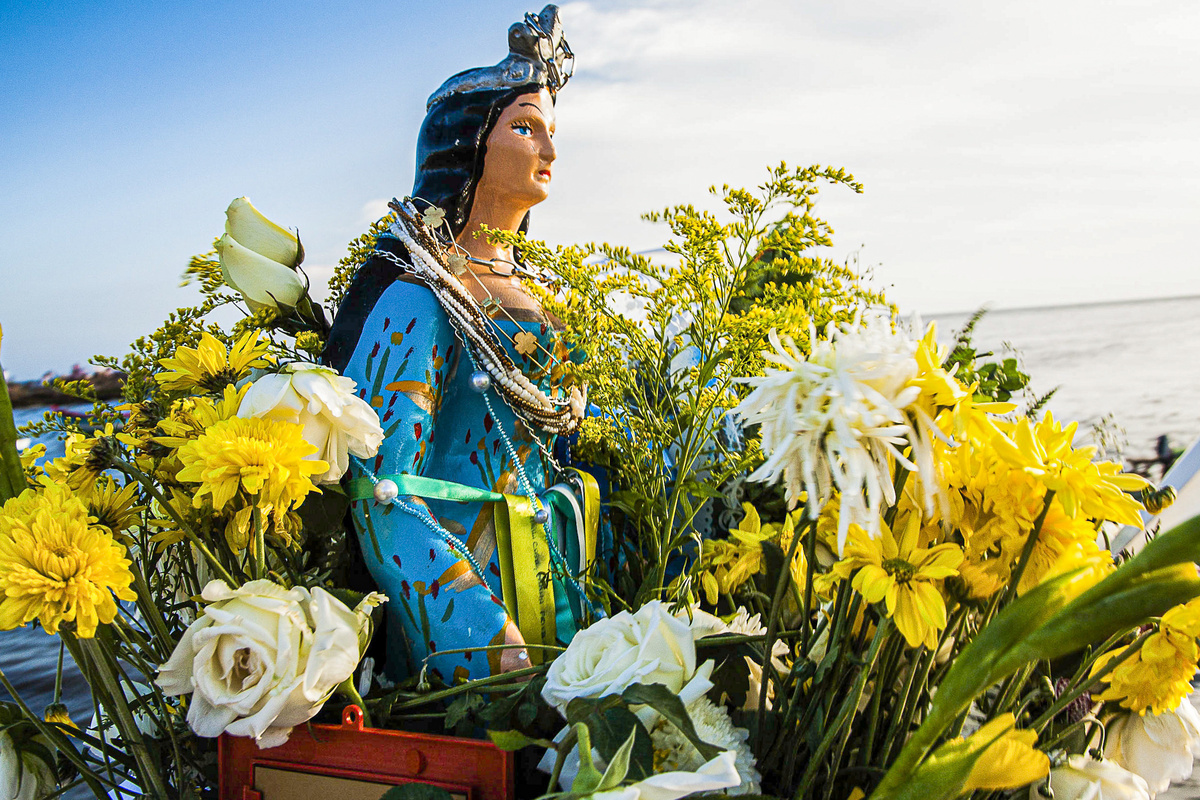 The daughters of Yemanja are very easy to identify because of their caring characteristics and especially because of their strong personalities. Seductive, they know how to convince when they want to and are generous and emotional. Learn more about this fascinating group.

Every daughter of Yemanja has a special charm and a serene and relentless way of seducing. They are not pure fire like the daughters of Iansã, with their well-known extroversion, but they know how to charm with small gestures, looks and, especially, words.

Because she is extremely empathetic, the daughter of Yemanja knows how to get what she wants. Just as the waves of the sea come and go, working the edges until the stone is rolled away, her conquests are also smooth and effective.

The daughter of Yemanja is naturally generous as she likes to see everyone around her well and happy, so she will even give up what is hers to make others more comfortable. Although this is something really noble, she may be taken advantage of sometimes.

Therefore, it is important that she is aware that she cannot give herself completely, leaving little of herself to water her own essence. Even learning to give limits and say no is fundamental to be able to continue helping people with quality and joy.

Both the daughter of Yemanja and her son tend to be careful in their dealings with others. They have a more tranquil air their more welcoming aspect is noticeable. In addition, they are concerned and attentive to the growth and development of their dear ones in all aspects of life.

One of the characteristics considered most maternal in a daughter of Yemanja is the sense of protection. She does her best not to get into trouble, but if, to protect her own, she needs to bring down a herd, no one will stop her from proceeding.

Despite being sweet, calm and caring, the daughter of Yemanja has a unique personality, striking and easy to identify. She is sweet, resilient and strong, however, if she thinks things are not right, she can also be stormy.

You are also pure love and commitment in a relationship, expecting the same in return. You can be somewhat possessive and centralizing, both personally and professionally. You are a great leader, encouraging and guiding your team with love and a firm hand.

Pure emotion and affection, the daughter of Yemanja is known for not hesitating to show what she feels. This can be for emotions considered positive, such as love, joy and gratitude, but also for others, such as anger, jealousy or sadness.

She cries easily and gets offended just as easily. She enjoys grandiose displays of affection and always tries to show how special the person next to her is - expecting the same in return, at the very least.

Archetypes of the daughter of Yemanja

Serious, serene when respected and explosive when someone acts out of line with what she considers right, the daughter of Yemanjá is pure strength. Those who think she is fragile because she is loving and emotional are mistaken, because she can go from a slight tidal wave to a tsunami in minutes, just to defend those she loves.

She is devoted to her own, is very attached to her family and carries a unique sensuality. Imposing, she is fair, but has difficulty forgiving and can be impetuous. She enjoys luxury and has great difficulty keeping a secret when asked.

Daughter of Yemanja in different areas 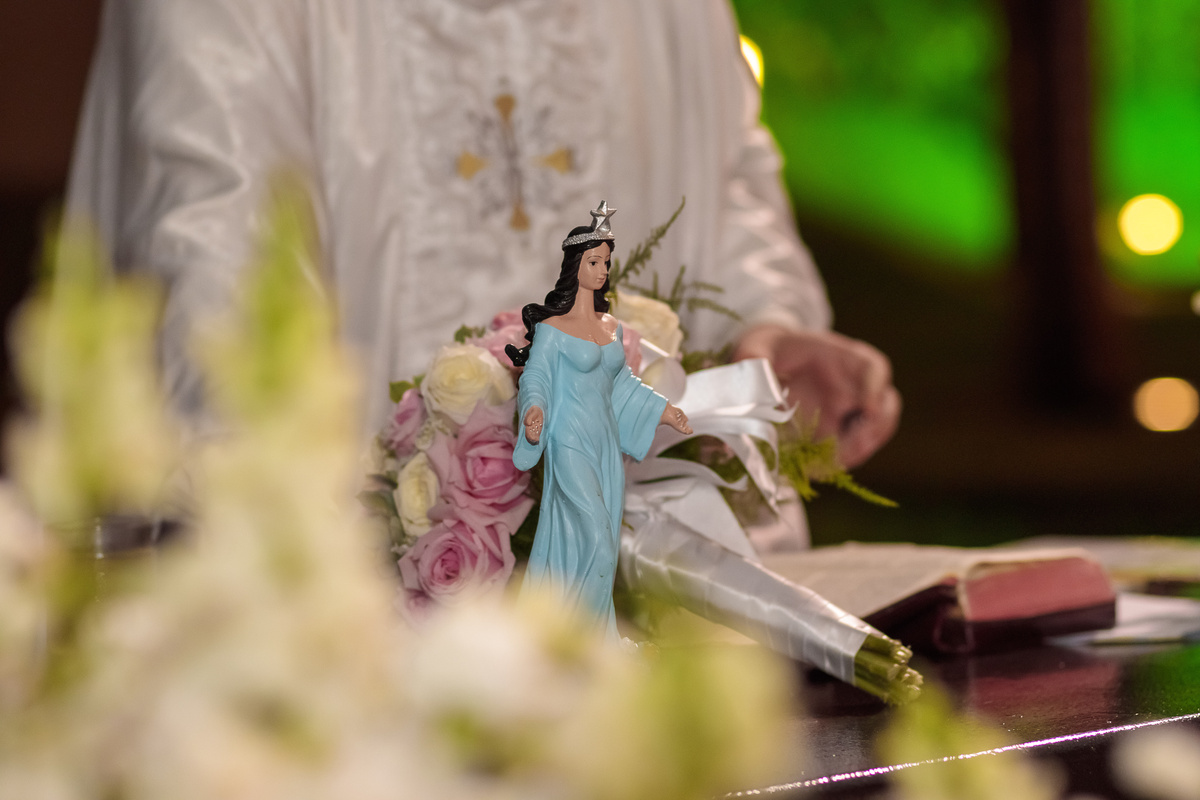 As a good daughter of Yemanja, she tends to act in a specific way in a professional environment, but never leaves her careful aspect aside. Likewise, when it comes to love, the daughter of Yemanja simply overflows. Learn a little more about these two aspects.

Daughter of Yemanja in love

When it comes to love relationships, a daughter of Yemanja is extremely trustworthy as she likes to be in only one relationship and devote herself body and soul to it. Family-oriented, she tends to marry early and do everything to make things work well for everyone.

Every daughter of Yemanja has to remember that a relationship is a two-way street, and that she should never abandon herself for the sake of one person or relationship, but should always seek balance.

Daughter of Yemanja in the profession

Extremely respected, the daughter of Iemanjá is serious, dedicated, and wears the shirt of the company where she works. A born caregiver, she always tries to do the best for the team, fighting side by side so that everyone achieves their goals, whether personal or professional.

She is an excellent leader, despite a certain tendency to centralization and a firm hand. Still, she is extremely admired for her fair, cohesive, and group-oriented attitude. She can lose her temper at times, but this is very difficult to do.

Daughter of Yemanja is gossipy? 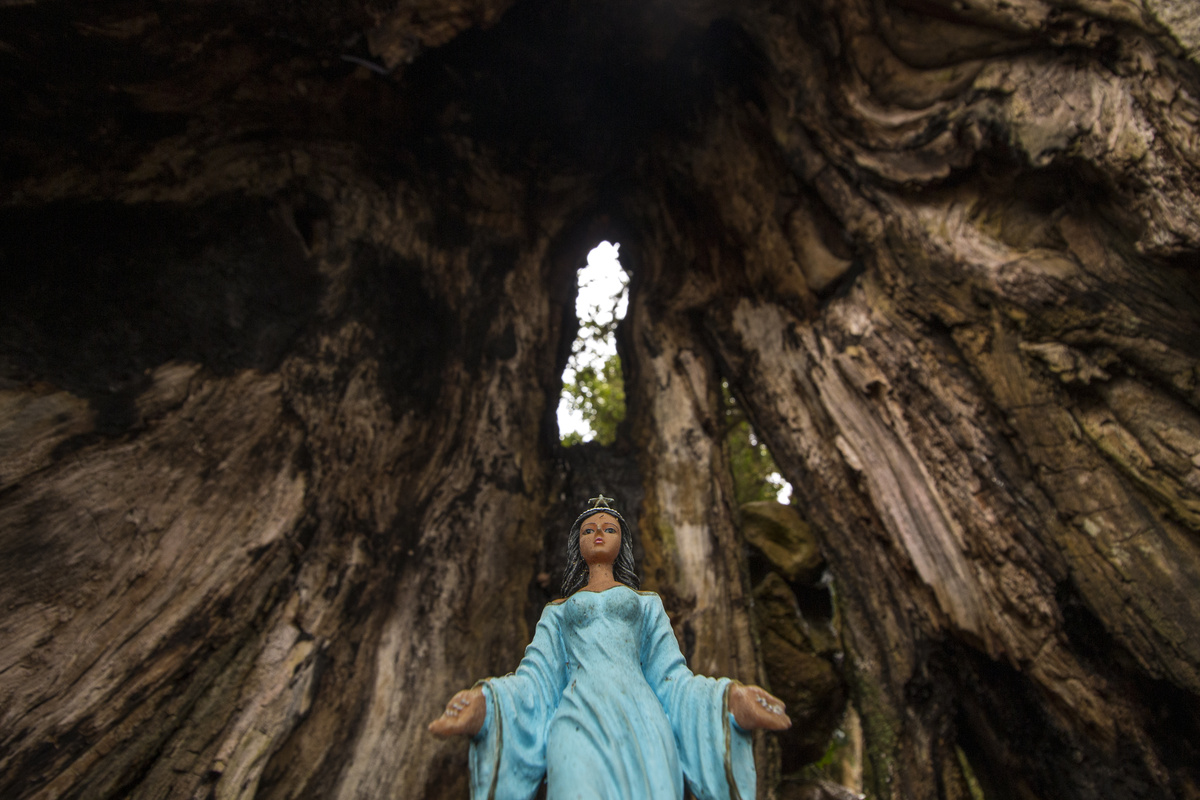 A delicate point in the archetype of the daughter of Yemanja is that she cannot keep a secret for long, unless it has some fundamental role in the development of the other person. But in general terms, she is a bit of a gossip and loves to be in the know.

However, this happens so as not to harm the other and, if such a fact occurs, it will certainly be unintentional. After all, the daughter of Yemanja is caring, protective and would never do anything to see someone she loves in a complicated situation.

Previous post Cancer and Libra combo: in relationship, in love, at work and more!
Next post What does it mean to dream of stalking snake? Black, green and more!

As an expert in the field of dreams, spirituality and esotericism, I am dedicated to helping others find the meaning in their dreams. Dreams are a powerful tool for understanding our subconscious minds and can offer valuable insights into our daily lives. My own journey into the world of dreams and spirituality began over 20 years ago, and since then I have studied extensively in these areas. I am passionate about sharing my knowledge with others and helping them to connect with their spiritual selves.